“The sound of the orchestra is one of the most magnificent musical sounds that has ever existed.” – Chick Corea, American jazz and fusion pianist, keyboardist, and composer.

The week of July 1 through 6 was a jazzy week for students at All Saints Primary, Irving Wilson, Workman’s Primary, Cuthbert Moore Primary, and Combermere Secondary when the 1688 Orchestra performed at these schools on their 2013 ‘Fah De Children’ Tour. BJS sponsored transport expenses to the schools and lunch for band.  The Bajan Reporter 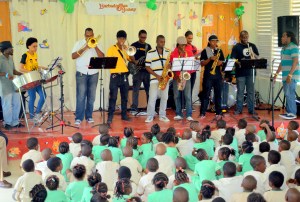 ‘Fah De Children’ is a project of the 1688 Orchestra and Collective, a big band that includes steel pan. Formed by Barbadian composer and arranger Stefan Walcott, who is the bands artistic director, one of the band’s mandates is to take instrumental performances into spaces where live music is not normally found. In keeping with this mandate, the 1688 Orchestra conducts free concert performances at the island’s schools through the 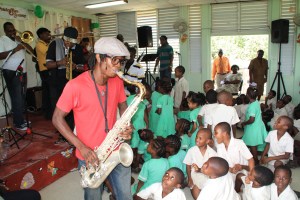 Tours started in 2011 in response to the lack of live instrumental music performances and music within the school system in Barbados. 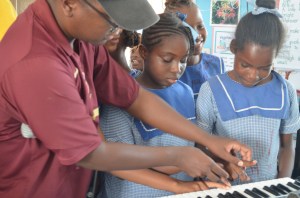 The aims of the tours are to demonstrate the performance of acoustic instruments; educate student audiences on the important elements of music, melody, harmony, rhythm, and how they work in songs; display creativity through musical improvisation, and sensitize student audiences to the sounds of a large jazz orchestra.

The BJS is an organization of jazz lovers whose primary mandate is to support the development of the jazz art form in Barbados. The BJS sponsorship of the 2013 “Fah De Children” Tour further demonstrates 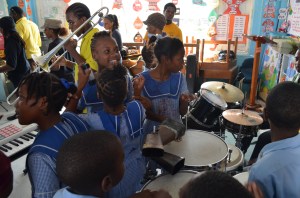 the Society’s commitment to jazz education in Barbados, and follows the March 2013 donation of a bass amplifier to the Barbados Community College’s Music Program. The BJS recently participated in the UNESCO International Jazz Day celebrations with a very successful week of jazz activities and a live jazz concert at Divi Southwinds Resort that was live streamed to 194 countries. 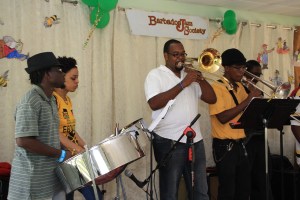 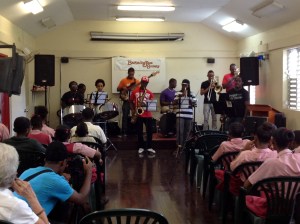 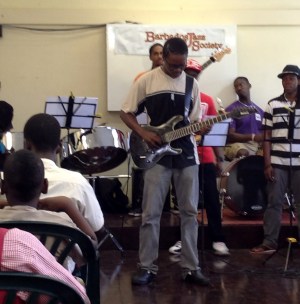 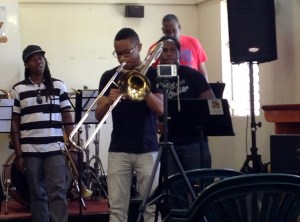 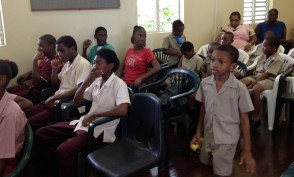 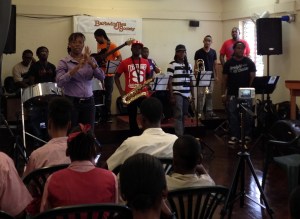 "The people who know nothing about music are the ones always talking about it."